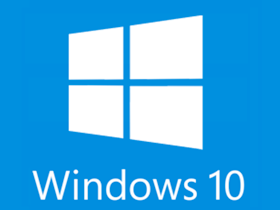 On the 7th of December 2016, the Trichromic IT support help desk started to receive calls from numerous clients reporting they were unable to access their local area networks and the Internet.

It was immediately obvious to our support team that a bad update had been released by Microsoft. A little searching revealed the update stopped devices obtaining and IP address from the DHCP (Dynamic Host Configuration Protocol) servers and that this could be resolved, for the moment, by restarting the client devices. This caused a little confusion for our clients because the default action of the Shutdown option in Windows 10 doesn’t actually shut down the computer, it hibernates the computer to achieve a reduced start up time. Our clients were then informed to force a fresh boot of the computers by selecting Restart instead of Shutdown, or by holding the shift key down when clicking Shutdown which disables the hibernation feature at that moment. After a fresh boot, most devices then obtained an IP address from the DHCP servers and were able to access the local network and Internet once more. On the 13th of December 2016, Microsoft released the KB3206632 update which resolved the problem entirely, so this has subsequently been applied for our clients that have one of our Trichromic Sapphire MANAGED support agreements.

EXCELLENT Based on 10 reviews.

Lesley Allan
Great team who often go above and beyond

Max Elliott
Always proffesional helpful and courteous. Nice to find an IT company who actually have a friendly personality as well.

Gerry Donoghue
We have used the services of TriChromic for our personal and business IT requirements and they have always provided an excellent service. We would happily recommend who has a similar requirement. i am sure you will not be disapponted

Martin Cossington
Alex , Lloyd and the Team at Trichromic Have supported all of our IT requirements for many years . Assisting in both Cloud services and new integrated accounts and processing systems to meet the high demands of our wide customer base. Always prompt to investigate and remedy an issues and always ahead of the game in the latest security and Malware issues that all businesses must counter . You wont go far wrong in phoning Alex or Lloyd should you consider revenging your IT provider .

Stuart O'Neill
Very professional set up. They know their stuff.

This website uses cookies to improve your experience while you navigate through the website. Out of these cookies, the cookies that are categorized as necessary are stored on your browser as they are essential for the working of basic functionalities of the website. We also use third-party cookies that help us analyze and understand how you use this website. These cookies will be stored in your browser only with your consent. You also have the option to opt-out of these cookies. But opting out of some of these cookies may have an effect on your browsing experience.
Necessary Always Enabled
Necessary cookies are absolutely essential for the website to function properly. This category only includes cookies that ensures basic functionalities and security features of the website. These cookies do not store any personal information.
Non-necessary
Any cookies that may not be particularly necessary for the website to function and is used specifically to collect user personal data via analytics, ads, other embedded contents are termed as non-necessary cookies. It is mandatory to procure user consent prior to running these cookies on your website.
SAVE & ACCEPT
Request our Free eBook

Please fill out the form below to receive a copy of our eBook.